Come let us bow down

Come let us seek the Lord

While He may still be found

Come let us adore him

Bow down before Him

For we are an offering

Of Love to our God and King

The body and the blood

The perfect Son of God

Was broken and poured out

My sin was laid on him

Whom Death could not contain

But He would rise again

All creation as it cried

He uttered it is Finished

And He bowed His head and died

The earth began to tremble

And the veil was torn apart

Upon the keeper of my heart 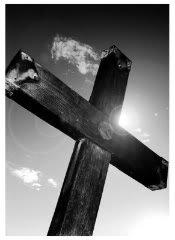 Jesus I surrender all

Answer to the call

Though my feet may fall

Your love has rescued me again

Cleansed me from all sin

My heart belongs to you

Forever the blood of suffering adorned the tree

Who could comprehend such selfless love?

Across the great expanse of time

For a sinner such as I 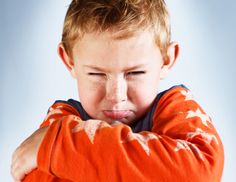 Sitting in my office, I am  listening to my 20 year old son make breakfast for his 4 year old sister.  The two are laughing and giggling and referencing different silly cartoon characters.  My son prepares to begin a day of back to back piano lessons as students and families come in and out of our home all day.  Our son is in his Junior year studying piano performance at Sam Houston State.  Each Monday and Friday I get the blessing of interacting with different moms who love to tell me about how much they enjoy the lessons, while I also listen to him teach his young students about discipline and control on the keys.  The value of doing something WELL…over doing something FAST, and I have to smile.  Mommas….he was my strong-willed child.  Enjoy the read

Are you raising a strong-willed child?  If you are not quite sure, think about it like this.  Strong-willed children are a lot like active labor.  For weeks leading up to childbirth you experienced Braxton-Hicks contractions.  There’s always that nagging question as you feel those pains, no matter how many babies you’ve had,

I’ve given birth eight times, and I still have those questions and I still time those contractions, to no avail, it’s not real labor.  But, when REAL HARD ACTIVE LABOR finally does hit you, there’s no more ‘guess-work’, you KNOW you are in LABOR, and dad had better hurry up and get momma to the hospital PRONTO!

A strong willed child is like that.  If you HAVE one in your home, you KNOW it.  If you are ‘guessing’, you probably don’t have one.

Here’s the deal with the strong-willed ones, and I am speaking to mom.

This child needs you to stand strong in your authority as his parent.

This child will be the one who needs to be disciplined every single day, possibly for years, while all the other kids watch in disbelief at the fact he is messing up YET AGAIN.  They will scratch their heads and think, “DUDE!  Just do what mom says!”

It’s his iron will, and yours needs to be stronger.  Love him deeply, hold him often, praise him in the non-conflict times, and always discipline with a vision of righteousness.  Do it over and over and over.  Don’t quit.  They grow up fast and every day is another brick in the wall of his character.  You are helping to forge his character every single day you keep standing.

Each day will seem like a power-struggle.  It is.  You will notice that the house is calmer when that child is not home, and you’ll be tempted to let him play all the time at his friend’s house just to get him out.  Don’t send him.  He’s not ready.  You are in a battle.  God will grant you rest one day, but for now, keep standing.

Do not let this child win the battle.  He will fight to win every time.

His soul is the prize

His future hangs in the balance.

You will say to yourself, “I must be doing something wrong, he keeps getting in trouble, always needing to be disciplined”

Yes he does, keep doing it.

You may be thinking…How do I reach him?  How do I train him? Nothing is working.

Find what works and do THAT. Ask other moms, go to your elders and ask them for help.   Sometimes corporal punishment works, sometimes it doesn’t.  Sometimes time-outs work, rarely ever do they work on the strong-willed child. There are countless other disciplining techniques.   Mix it up.   Make every action he does that is willful disobedience, counter-productive to what he is after.  Allow him to get the OPPOSITE of what he’s going for.

He throws his toys up against the wall when he’s mad? Go buy garbage bags and put every SINGLE one of his toys in them and get them out of the house.  When my son was six years old we did just that.  I bagged up every item in his room and left him with a bed only.  He slowly earned back one toy at a time, over several months.

He slams the door to his room? Take the door off the hinges and put it in the garage.  Teach him that privacy is a privilege, not a right.

He pitches a fit in the grocery store because you won’t buy him the item he is demanding?  Instead of giving in to the tiny terrorist, leave the groceries at the store, and GO HOME.  Yes, it’s more hassle for you now, but you are buying your time back in the future and making sure it will NEVER happen again.  When you get home, look him in the eye and tell him that he will NOT be allowed to come with you to the store if he EVER pulls that again. Teach him that self-control is a fruit of the spirit. (Gal. 5:23) Then try it again.  If he doesn’t get the message, take his sisters to the store when dad is home and leave him home.  He’ll get it eventually.

Think ‘counter-productive’ when bad behavior arises.  What does he WANT?  What is the opposite that I can give him?

He won’t fold that basket of laundry? Give him two baskets to fold.

He won’t stop pestering his sister in the car?  Stop the car, and tell him to, “drop and give me twenty push-ups!”  One day, my son was bothering his sister over and over in the car. Nothing was working: screaming over my shoulder, empty threats, nothing.  It was raining outside and everyone’s “feeler” was “on ten” from the conflict.  I stopped the car, and made the offender get out in the pouring rain on the side of the road where there was only gravel.  He was nine at the time.  I told him, “drop and give me 20!”  Right there on the side of the road in the rain. I think he thought it was a joke at first, then, he realized all the siblings were watching him and he was going to have to deliver.  Nothing shocks a child into a sound mind quicker than the element of surprise, and sitting in wet clothes.

He continually bickers with his sister?  Set up a meeting with him and a church elder and let another man reprove him.  He won’t forget it.

He plays with matches when you have repeatedly told him not to?  Take him to the fire department and let the firemen lecture him.  I promise you he will NEVER forget that moment.  They are dead serious about fire safety, and have attended many funerals.

REMEMBER dear mothers: Do not give up on your precious child, no matter how strong their will.  They will be the ones to change the world, because they will NEVER let the world change them.